Back in November 1944, when the Admiralty sent out the order to start building the Freshspring someone clearly forgot to mention that it might be a good idea to put in a decent staircase. Their excuse, that there was a war on, and a few ladders would do for now, probably seemed perfectly reasonable at the time. Eighty years on though some of the visitors are finding it a touch difficult to slide down a set of vertical rungs to the boiler room.

So, short of installing a lift, or a slide, or maybe even hiring an abseil instructor what’s the best way to transport someone into the bowels of the ship? How about – a reverse bowel movement? Using new-fangled virtual reality, VR, to bring Freshspring’s hidden depths up to deck level. Just pop on a natty VR headset, settle back in your revolving chair and the boiler room will come to you. No ladders required.

Thanks to lottery funding this futuristic project is now taking shape and it’s bringing together a pretty unique mix of disciplines. In my day job I make TV documentaries, but I now find myself working alongside digital experts from the leading Bristol-based ship simulator firm BMT and a couple of highly talented young games design students from the University of the West of England.

Over the last couple of months, we’ve been planning what the film will look like. It’ll be a mixture of 360-degree video and VR. Great, what’s that? Well, imagine you’re sitting in a theatre looking up at the stage. All the action happens in front of you – just like watching TV. Now imagine you’re asked up on stage. Suddenly, everywhere you look there are actors. You’re now in the centre of the action and everything is happening around you. You could easily imagine yourself to actually be one of the characters. By shooting our film with a special 360-degree camera, which can see in every direction, that’s the sort of experience you’ll get when you watch the film back on a VR headset.

Now imagine we add computer graphics to that. A pair of binoculars appears on a table in front of you. They are not really there but in your virtual reality world you can pick them up and look through them and you can see, well, anything we want you to see.

So, the story we’ll tell in our film, is of the Freshspring preparing to get underway, with actors playing the parts of officers and crew. During the story you’ll visit different parts of the ship and get the chance to pull levers, turn wheels and yes, try out those binoculars, to launch more films and animations that reveal even more about how the Freshspring works, its history and its crew.

For visitors to the ship, it will be a unique experience. The beauty of involving virtual reality in the film is that in the future we’ll be able to change what you see by pulling the levers or gazing through the binoculars. Already on the horizon is a version for schools to help in the teaching of STEM (science, technology, engineering and maths) subjects.

Filming is due to start in April, so more updates to follow. If I can just get this tripod down that ladder. 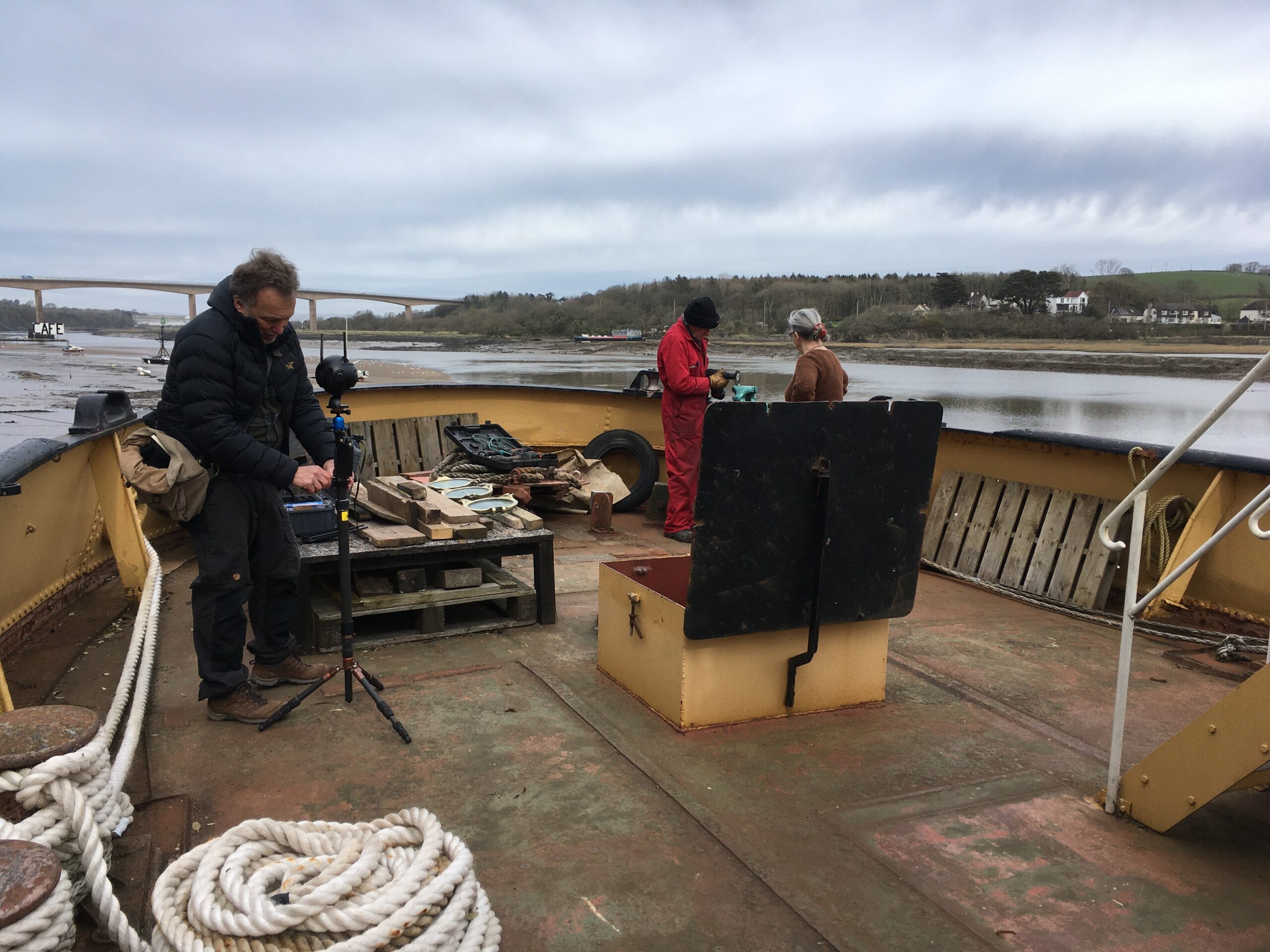 Next post: Freshspring is at Appledore drydock
TOP
We use cookies on our website to give you the most relevant experience by remembering your preferences and repeat visits. By clicking “Accept All”, you consent to the use of ALL the cookies. However, you may visit "Cookie Settings" to provide a controlled consent.
Cookie SettingsAccept All
Manage consent